One key feature of today’s CodeWithChris lesson from iOS Foundations Module 5 is adding a video to the Learning App.

In order to do this, we need to add the appropriate Framework to the project:

We then add that to the view that will include the video:

There is also this note for XCode 13+ users (like me), because things change between when the tutorial video was made and when Apple decide to change XCode:

This turns into this:

This module has a challenge, which is to create a simple app showing a video with scrollable text underneath. I achieved this except that the random Vimeo video I chose just sits with a blank screen and a play button that doesn’t do anything.

I guess there’s something in Vimeo that doesn’t like its video being played or something, but I’ll take it as a win anyway as I don’t have any video of my own hosted anywhere. That’s my excuse, and I’m sticking to it..! With lesson 6 of module 7 of the CWC+ iOS Databases course, we see how to capture user input. Lesson 6 We […] In the absence of challenges for these later lessons from Module 4 of the iOS Foundation course from CodeWithChris, Lesson 13 provides […] Finding myself struggling quite a bit with the foibles of Xcode, whether it be taking an age to fire up the simulator, […] 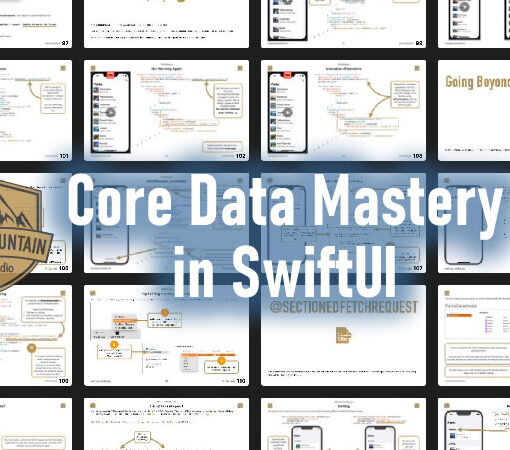 The lack of recent blog posts doesn’t mean I’ve been idle for the last ten days. Oh no. Having read through Core […]